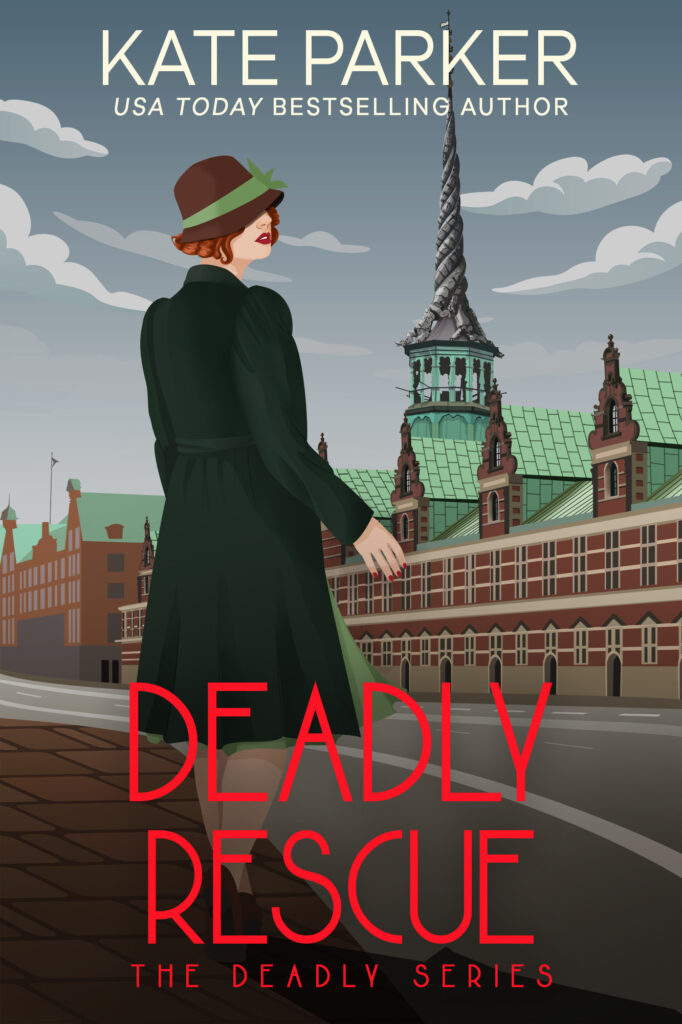 As the Phony War morphs into the Blitzkrieg, two British intelligence officers risk getting trapped behind enemy lines in the ninth Deadly mystery from USA Today Bestselling author Kate Parker

April, 1940. Hitler is invading Denmark on Tuesday. Olivia Redmond has only a weekend to bring a Nobel Prize winning chemist and his war-altering research to Britain. The scientist and his wife want to leave, but their troublesome daughter will do anything to stop her parents from departing.

When the daughter’s German fiancé is murdered, the police refuse to let anyone depart until they find the killer. If Olivia wants to escape Denmark with the chemist and his breakthroughs, she will have to unmask the killer before the Nazis stop her forever.

Deadly Rescue, book nine of the Deadly Series, is for fans of World War II era spy thrillers and classical cozy mysteries, of intrepid lady sleuths with determination and smarts. No explicit cursing, violence, or sex.

Since she was unable to build a time machine in her backyard, Kate Parker immerses herself in research and then creates the world that lives inside each book that she writes. Her favorite place is London and her time travel destination is anywhere from the late Victorian era through World War II. Since she lives in the Carolinas with her daughter and a 95-pound puppy, the practical side of her is thankful for air conditioning and all the modern comforts of life. Comforts she will take with her if she ever figures out how to build her time machine.

As an Amazon Associate I earn from qualifying purchases on this blog. What % I do earn helps to fund the giveaways that are offered on this blog. To learn more about the affiliate links on my blog please read my privacy policy by clicking here. Thank you for all of your support.
END_OF_DOCUMENT_TOKEN_TO_BE_REPLACED
Loading Comments...